Welcome to my 17th newsletter. A new and exciting chapter is opening, as Penguin USA publishes my original book Jambusters under a new title Home Fires. The drama Home Fires, starring Samantha Bond and Francesca Annis, will be shown on PBS Masterpiece starting on Sunday 4 October 2015 at 9pm EST.Contents 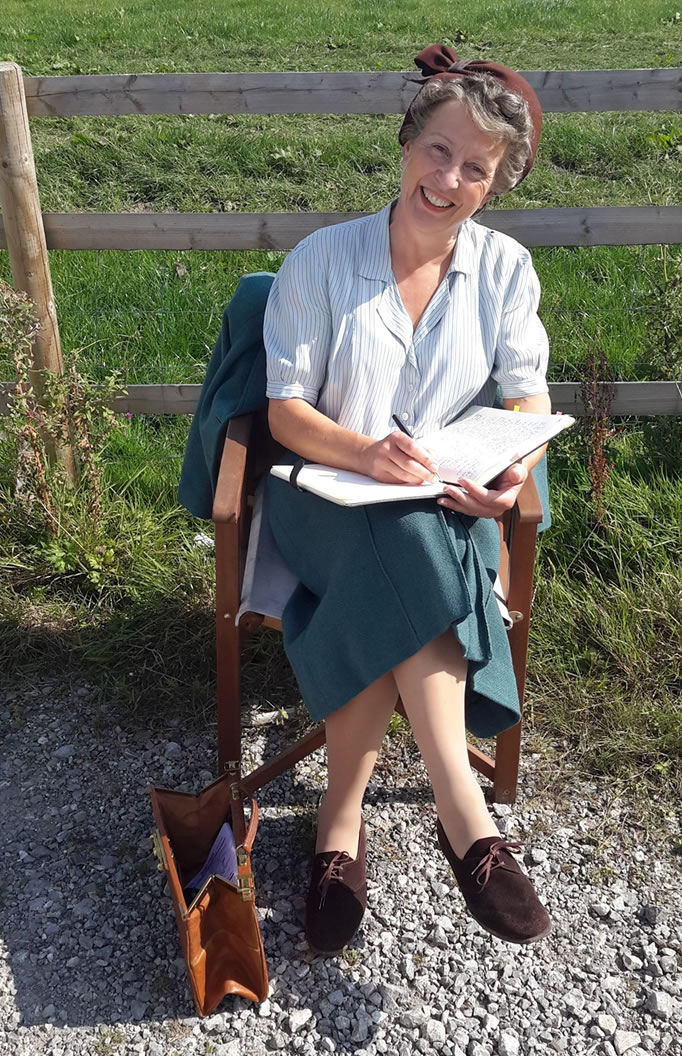 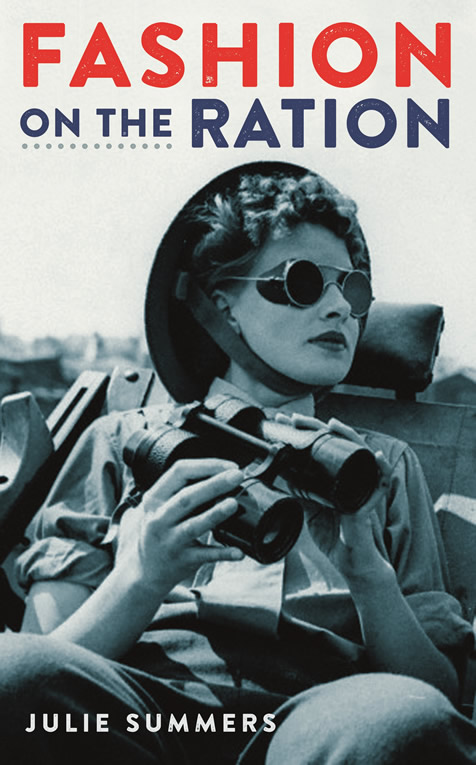 Home Fires was broadcast in the UK in May/June and turned out to be an astounding success. So much so that ITV commissioned a second series in the run-up to the final two episodes. The audience figures had a consolidated rating of 6.2 million viewers and 24% of audience share for the Sunday evening slot. Their press release said: ‘Impressively, Home Fires is the best performing Sunday evening drama for ITV in 2014 and so far in 2015, after Downton Abbey.’

Who would have thought that a drama series about the WI in the Second World War, inspired by a non-fiction book, would have proved so popular? Steve November, Director of Drama at ITV, thinks he knows the answer: ‘Through Simon Block’s wonderfully observed scripts, and the characters he’s created, we’ve come to know real women who kept the home fires burning throughout the Second World War. Their war effort is an intriguing aspect of our national social history and we’re delighted the women will be reunited for a second series.’

When I spoke to Simon Block about the series he was equally convinced it was the fact that this is a women-led drama, about an aspect of the war that is rarely acknowledged, namely the perspective of the 50% of the population that was female. Most TV drama about the two world wars focuses on guns and bangs, trenches and tanks, Spitfires and Lancaster bombers. Yet the impact of war is felt miles away from the battlefield, in the homes of normal families who have to put up with unspeakable anxiety and tragedy, that continues for many years after the war is fought. That is where the drama succeeds, I think. Simon Block has managed to tease out some of the themes of my war books, such as the anxiety felt by women when their boys were conscripted or the terror of ‘the telegram’ saying a man was missing in action, and woven it into the drama to make it feel relevant today. The role of the WI is an additional layer in Home Fires that gives structure to the extraordinary work undertaken by ordinary women during the war.

Simon said to me: ‘Like most people, I think, I had no idea of the extent and importance of the role played by the WI during the Second World War. Not only in regard to its activities aimed at supporting the home front but also in terms of the support and friendship it offered to often isolated women who needed the companionship of other women like never before – even if for a few hours a month. The book opened my eyes to the great extent WI women mobilised to make such a huge contribution, generating a fantastic spirit of ‘community’.’

But for a drama writer the subject of women on the home front in the Second World War offered something more: ‘. . . a fantastic opportunity to write about a lot of women in their own right, and not merely as adjuncts to – or victims of – various men, which is so often how women are portrayed in television drama.’

So as we go to press with this newsletter, the nimble fingers of Simon Block and his co-scriptwriters are flying over their keyboards as they seek to fine-tune the six scripts of Series 2, while PBS limbers up in the USA to show Series 1 in October. How phenomenal that this has all resulted from a conversation I had with Simon back in September 2012 in a medieval house in Devon with no internet access or mobile phone signal. I am excited to see how the series goes down in the USA and eagerly await series 2 in the UK next year.Fashion on the Ration

The exhibition closed on 31 August and has been deemed by the Imperial War Museum to have been a great success. The museum was particularly pleased to note that a new audience was attracted to the exhibition: young people interested in vintage fashion at one end of the spectrum and at the other, older people coming in to reminisce about their own wartime experiences. It has been a fascinating project to be involved in and the book seems to have attracted more press attention than almost all my other books combined. Perhaps it is the case that fashion is not just enjoyable as a subject but is a major part of our economy. My favourite fact about wartime fashion is that exports stood at about £98,000 before the war and by 1945 had increased to £502,000 per annum or about £20,000,000 in today’s money. And that at a time of severe austerity and rationing.

Every time I go to give a talk about the subject, whether at theatres or book festivals, I find a good portion of the audience dressed up in the style of the day, complete with Victory Rolls and utility dresses. The men, not to be outdone, sport waxed moustaches and slicked back hair. I do my bit in my 1940 rayon dress and matching hat but my make-up is nothing in comparison to the pillar box red lips and charcoal black eyebrows of the majority. I had hoped the exhibition would travel but it looks as though it will remain a one-off project, which is a shame. However, I am proud to have been associated with it and I look forward to the book coming out in paperback next spring.The Secret Life of Country Houses

I have been working on this book since the spring, with a few interruptions, I have to admit, but am now making good progress. Where I had thought I would find a partially linear narrative as the war progressed, in fact I have found the richest of strata that have sometimes led into one another, but have often veered off at complete tangents. From an Indian transport regiment whose mules were housed in a requisitioned cinema, to pregnant mothers of illegitimate babies who were separated from married mothers ‘so as not to offend the latters’ sensibilities’. An unexpected link to my grandfather in Northumberland was echoed by a similar link in Devon, the common denominator being Barings Bank. However, it is the detail in the houses’ histories that I find irresistible. For example, Audley End House housed Polish SOE volunteers during the war. They were trained in the art of ‘ungentlemanly warfare’ and took to the skills with gusto according to their historian. However, far, far back in the history of the house I found a detail that links the house to the twenty-first century that I found irresistible, if irrelevant. In 1542 Thomas Audley, for whom the current house is named, re-founded Magdalene College Cambridge, previously known as Buckingham College. One of the conditions of his large endowment, mostly gained from his involvement in the dissolution of the monasteries, was that ‘his heirs who lived at ‘the late monastery of Walden’ should be visitors of the college in perpetuum and enjoy the exclusive right of nominating the master’. I was interested to know whether this right still existed. Of course it does not, that would be wholly inappropriate. The college statutes were amended to remove it. When? 2012. How I love history. This is proving to be a fascinating book to research but I shall have my work cut out to corral all the information and turn it into a fluent and engaging narrative.And Finally…

It would not be honest of me to finish this newsletter leaving you to assume that everyone in the world loves the drama series Home Fires. Not so, there have been some eagle-eyed armchair critics and a few sniffy reviews in the press. First, it seems that the male critics were disappointed, as Andy Ballingall put it, ‘that a panzer division hasn’t already torn through the village and destroyed everything after raping and pillaging the inhabitants.’ That is not what Home Fires is about, but there you go. Secondly, there were those who spotted that a flag had been incorrectly raised in the village hall, that the teacher had a suitcase that was clearly empty when she jumped off the bus, and – sin of sins – the blackout-shades on the bus’s headlights had been fitted with the 1942 and not the 1939 design. Aside from these oversights the view of Great Paxford is rosy and the beautiful Cheshire countryside close to where I grew up looks lovely on screen. That’s good enough for me. Now, where is that file on Audley End…?