Welcome to my fifth newsletter, which is a few weeks later than I had originally planned. I had a round birthday at the beginning of October so we had several joyous celebrations to mark it. Since then I have been working on the final edits and the picture selection for the evacuees’ book, which is now called When the Children Came Home. I thought I would make this newsletter a short one, for a change, and then prepare a longer one for the New Year.Contents

The most exciting thing that has happened this quarter is that the audio book of The Colonel of Tamarkan, read by Anton Lesser, was a runner-up in the Best Audio Book of the Year Award. The winning audio book was Doctor Who: Dead Air read by David Tennant. It took a staggering 40% of the national votes and was a runaway winner. Second place went to The Girl with the Dragon Tattoo by Stieg Larsson with 15% of the vote and then along came The Colonel with 12% which we thought was pretty good going. Audio books we pipped included The Making of Modern Britain by Andrew Marr, Lenny Henry’s Othello and Animal Farm. Thank you so much to everyone who voted for The Colonel and congratulations to Catriona Oliphant for producing such a beautiful recording. She has just gone on to produce two gorgeous travel CDs – A Journey Through France and A Journey Through Italy, which I can highly recommend.

In September I took over the Chairmanship of the Mountain Heritage Trust and I am going to have my hands very full trying to put the Trust onto a firm financial footing so that we can work with our great heritage collections over the next few years. It’s a huge job and one that I think I will relish, but I have no illusions about the amount of work it is going to take to get us the funding we need. We will, however, be arranging some exciting events on the subject of Mountain Heritage, including an evening with Chris Bonington discussing the Eiger, in January 2012. We also hope to have a presence in the Our Sporting Life exhibitions which are scheduled to coincide with London 2012. I will write more about that project in the New Year but it is certainly one to watch out for both locally and nationally over the months and years ahead.90 Years On 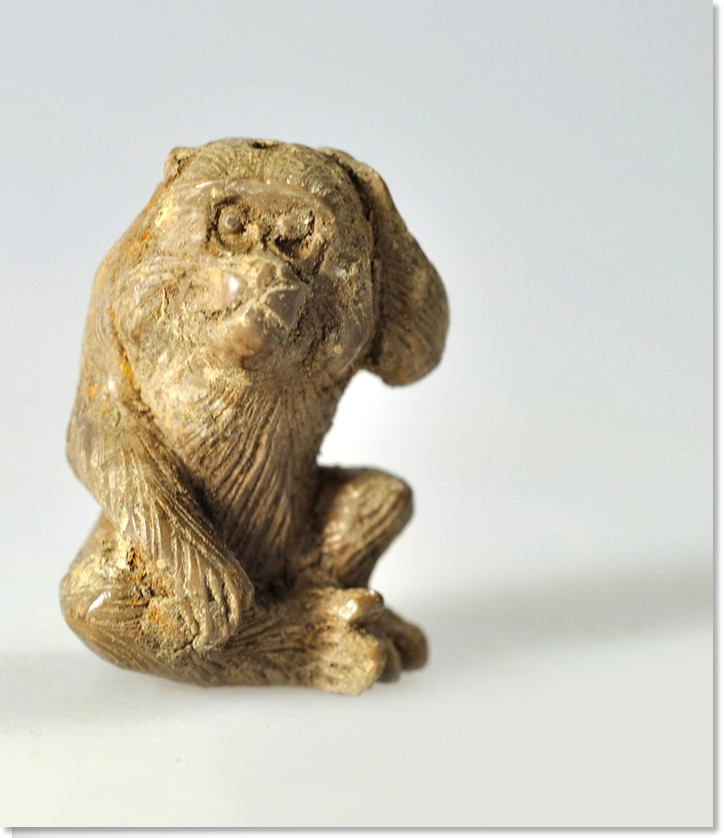 Resin monkey found in a grave at Pheasant Wood,
Fromelles, in 2009

The two books I published this year, Remembering Fromelles and British and Commonwealth War Cemeteries, both focused on the work of the Commonwealth War Graves Commission. It always sounds like a gloomy topic but actually writing both those books has been uplifting and at times great fun. I particularly enjoyed working with the experts from Oxford Archaeology, who were responsible for excavating the mass graves at Pheasant Wood, where 250 Australian and British soldiers had been buried by the Germans after the disastrous Battle of Fromelles in 1916. Kate Brady, the Finds Specialist, and I had a rewarding creative partnership and her essay in the book is fascinating, as well as beautifully illustrated. The project reminded us both that, although the Great War was about history, battles, statistics, weaponry, death and destruction, it was fought by individual men, each of whom had a family, a story, a history of his own. Amongst the finds that Kate wrote about were some unexplained but enchanting personal objects that left us both wishing we could have found out more about the men who had owned them. I have shown several objects in past newsletters but one of my favourites was a little resin monkey. What he was, we can only speculate -possibly a pipe stuffer, but his presence fascinated everyone who saw him.

This November is the ninetieth anniversary of the first Armistice Day Service. In November 1919 the 11th was marked simply but powerfully by a 2-minute silence. A reporter in Manchester captured the scene:

‘The first stroke of eleven produced a magical effect. The tram cars glided into stillness, motors ceased to cough and fume, and stopped dead, and the mighty-limbed dray horses hunched back upon their loads and stopped also, seeming to do it of their own volition.

‘Someone took off his hat, and with a nervous hesitancy the rest of the men bowed their heads also. Here and there an old soldier could be detected slipping unconsciously into the posture of “attention”. An elderly woman, not far away, wiped her eyes, and the man beside her looked white and stern. Everyone stood very still … The hush deepened. It had spread over the whole city and become so pronounced as to impress one with a sense of audibility. It was a silence which was almost pain… And the spirit of memory brooded over it all.’

It was only twelve months later that a service that we would now recognise as following the format of the Remembrance Day Service came into being. It coincided with the return to Britain of the remains of the Unknown Soldier. He was brought back from France in state, travelling by ship and then by special train to London, from where he was transferred to a gun carriage and paraded through the capital, via the newly unveiled Cenotaph, to Westminster Abbey where he was laid to rest in front of 2000 widows and families of men who had fallen in the war. This was the making of modern Remembrance, built against the backdrop of the CWGC cemeteries and memorials. It is a subject I am going to be lecturing on several times this coming November. Nothing is static and the current move away from the deeply sombre to the lighter reflects something about the way we choose to remember those who die. I’m not quite sure what it is yet but I shall watch with interest as it develops and matures.Pen Thoughts 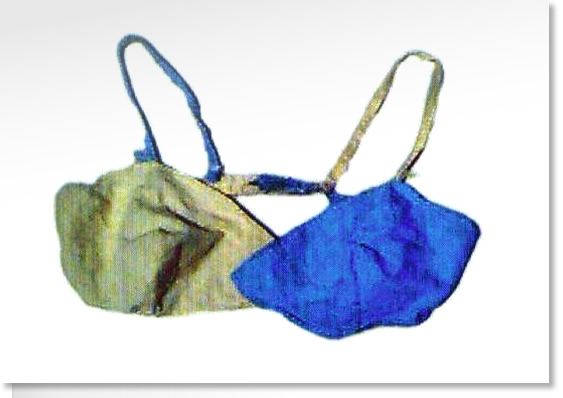 Photo courtesy Barbara Anslow, whose sister,
Mabel, made it.

One of the jobs I have been doing this year is writing for the Our Sporting Life project. I have already promised more detail on this in January, but one of the things that fascinates me about it is the timeline. It is very easy to remember certain dates, single events, outstanding achievements. Putting them into the context of a timeline, however, is something that we do not do very often and it makes for some amusing as well as interesting juxtapositions. For example: in 1874 Thomas Hardy published Far from the Madding Crowd, Benjamin Disraeli became Prime Minister, the first Impressionist exhibition was held in Paris and Sam Weller Widdowson, a footballer for Nottingham Forest, wore shin pads for the first time. Forty years later we come to 1914. Overshadowed by the outbreak of the First World War, the company Speedo was founded under the name of McRae Hosiery Manufacturers. Shortened to Speedo, I assume, as the bathing trunks got so small the full name would not fit on. Joking apart, what this illustrated to me very powerfully was how easy it is to write history in two dimensions and to forget that everything happened within a context of a certain time. Understanding context avoids howlers such as that made by Jeffrey Archer when he had Mallory fumbling to undo Ruth’s bra on their wedding night a full twenty years before the first commercial brassiere had even been invented. Bras. Now there’s a subject. At a recent conference about Far Eastern Prisoners of War and Internees we saw a photograph of a bra manufactured by a woman in a civilian internment camp. She had made it out of scout neckerchiefs. The resourcefulness of women in civilian internment camps in the Second World War is a fascinating subject. Tens of thousands of them coped with ghastly privations and yet they managed, on the whole, to remain resolute and determined not only to survive but to survive with as much dignity intact as they could. A whole history encapsulated in one small garment. I wonder if anyone has written the history of the brassiere?And Finally… 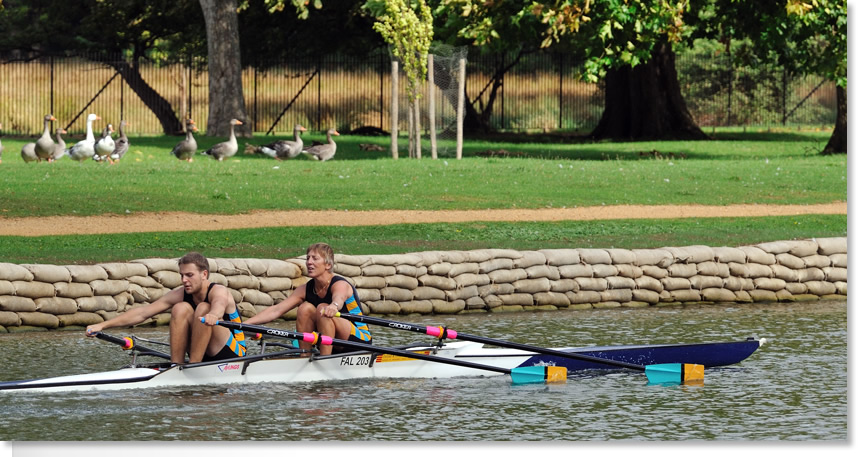 SB and Julie: Simon and Julie racing (and winning) the semi-final of the Elite Mixed Doubles at City of Oxford Regatta in August

For those of you who follow my rowing, I’ve had a very active summer being coached by our son, Simon. A wizard technician, he has succeeded in making a difference not only to his mother but also to the other members of our crew, so that we are heading back to the Tideway in November to race in our quadruple scull with high hopes of beating our time of last year and pushing ourselves up the order by several places. Simon and I even raced together at the City of Oxford Regatta, getting to the final of the mixed double sculls but being beaten by two members of the Colombian National Team. Ah well, their combined age was less than mine alone.